Entry is free. Avoid time-wasting queues by PRE-REGISTERING!
*Pre-registration will be available on October 2019

Registration is
mandatory for
all the attendees

Children under the age of 16 do not need to complete a registration form and must be accompanied by an adult at all times.

How to reach us 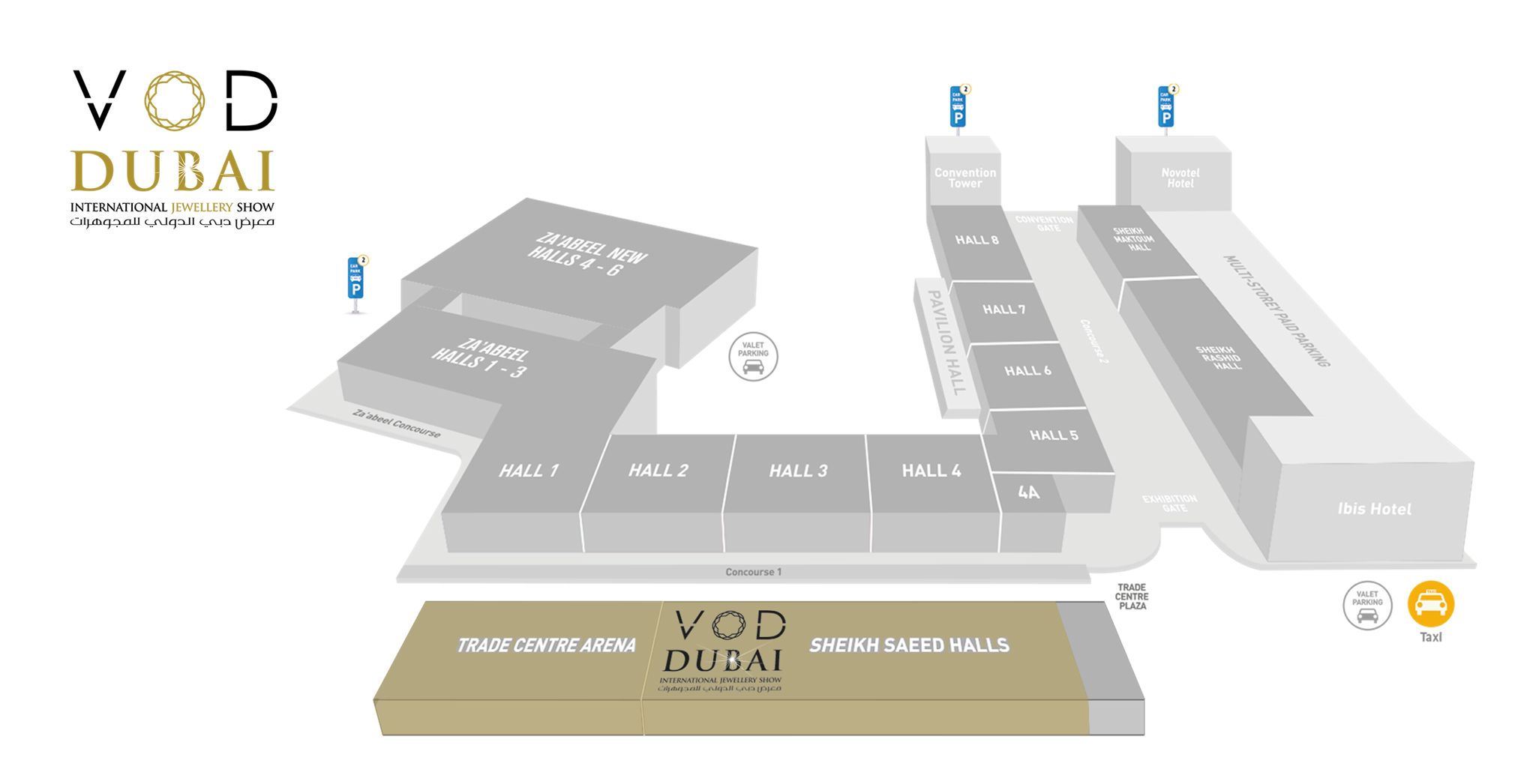 If your country of nationality appears on the link below, no advance visa arrangements are required to visit the UAE. Simply disembark your flight at Dubai International Airport and proceed to Immigration, where your passport will be stamped with a 30-day visit visa. This can be extended for an additional 30 days at an additional charge.
More information

GCC residents can also visit Dubai without applying in advance for a visa. For all other citizens please check with the nearest UAE embassy for the latest information or contact the Dubai Naturalisation & Residency administration department. A visa must be obtained prior to arrival in the UAE. Please click here for more details. All visas are subject to revision by the UAE government.

On arrival at the airport, visitors who have applied for a visa should collect the original visa permit at the specially designated desks. The information given above is subject to change without prior notice. For up-to-date information on visa requirements, please visit the Dubai Department of Naturalization and Residency website or contact the UAE Embassy or its representation in your country for further details.

The route connects the exhibition centre with Dubai International Aiport and all stops throughout the city's sights, malls and hotel districts, including some of the best views of the city!

Trains run every seven minutes to all major business, tourist and residential areas, with options such as Park and Ride, or feeder buses which connect your neighbourhood to the metro, making this an efficient and cost effective mode of transport.

Check the official guide to plan your metro trip.

Taxis are plentiful and affordable in Dubai and operated by RTA through five companies (denoted by different colour roofs). All RTA taxis are metered at the same rate, with the exception of the 'pink' ladies-only cabs for which there is a small surcharge.

The Public Bus Transport system in the Emirate of Dubai is run by the Roads & Transport Authority (RTA). 504 peak bus schedules are run on 62 bus routes cutting over 168,000 kilometers on a specimen working day. Service volumes are adjusted on Fridays and public holidays in relation to the passenger demand. Around 250,000 passengers travel on the system per day. The bus routes span the whole length and breadth of 4,110 square kilometers area of the Emirate of Dubai.

Check the official guide to plan your metro trip.

Nol Cards enable you to pay for the use of various RTA transport modes in Dubai. Use your Nol Card to travel on Dubai's Metro, Buses, Water Buses and Paid Parking.

The UAE enjoys extremely pleasant weather during its winter months, from October to May. The rest of the year, temperatures are in the low to mid-40º range. Lightweight summer clothing can be worn for most of the year but temperatures can drop quite sharply at night during the winter months of November to March. Do pack a pair of sunglasses and a hat and sun block no matter what time of year you are visiting.

Visa, MasterCard, American Express and Diners Club are generally accepted in hotels and larger stores but some retailers offer better bargains for cash.

The UAE is an Islamic country and Arab traditions influence the lifestyle, yet considerable tolerance is shown towards the Eastern and Western practices of the large expatriate community. There are a number of Christian churches throughout the country as well as Hindu and Sikh temples in Dubai.

Global links, including GSM mobile telephones, pagers and Internet connections are world-class and inexpensive. Local and foreign television, radio, newspapers, magazines and books are readily available. Pre-paid GSM mobile telephone SIM cards are available at the airport, and at Etisalat offices and business centres throughout the country.

The electricity is 220/230 volts A/C and most sockets are three-pin square. Although adaptors are usually available in hotels, you may want to purchase one before you arrive.

The standard of health care is high throughout the UAE. However, it is expensive, so it's important to get decent travel insurance.The Emirate is clear of all epidemic diseases and is largely mosquito free. No specific vaccinations are required to enter the country however it would be wise to check beforehand if you are travelling from a health-risk area.

Arabic is the official language, but English is very widely understood and spoken, as is Hindi and Urdu.

Alcohol is freely available in restaurants, nightclubs and bars in hotels or in member-only places such as country clubs and sports clubhouses (which often admit paying guests). Restaurants outside hotels do not have a licence to serve alcoholic beverages.

Film is readily available, as are processing facilities and colour prints which are produced in 15 to 30 minutes. We recommend you ask permission before photographing people in general and Muslim women in particular. Airports, docks, telecommunication equipment, government buildings, military and industrial installations should not be photographed.

The UAE's low crime rate makes it one of the safest places in the world to visit – even for women travelling alone. It is however advisable to take the normal precautions to safeguard yourself and your valuables.Dubai is the most liberal place in the UAE and people here are used to Western dress and ways. However, modest dress is recommended in public places. Beachwear is acceptable at beach clubs and hotel pools.

The local time in Dubai is GMT + 4 hours. The time does not change in the summer.

Tipping practices are similar to most parts of the world. Where no service charge is included, it is customary to leave 10% as a tip to the service staff.

Tap water is considered safe to drink. However you may prefer the taste of bottled water, which is available in a range of inexpensive local brands. Imported brands are also available.

THE SPIRIT OF DUBAI

Our emirate is a destination of rich traditions, adventure, and surprises at every turn.

More than 6,000 restaurants and cuisine from 200 cultures – our visitors can take a food tour of the world without leaving our city.

There’s so much in our emirate to entertain families of all ages and sizes, with theme parks, mall entertainment, fun cultural attractions and more.

Whether you prefer unwinding in the heart of our spectacular desert landscape or enjoying a treatment with sea views, Dubai is the right place for pampering.

Whether you want to take to the water in a chartered yacht, navigate our coastline by paddleboard or soak up the sun on one of our pristine beaches, an aquatic-themed holiday in Dubai is all too easy.

Early morning hot-air balloon rides, kitesurfing, skydiving and evenings in the desert are just par for the course in our emirate.

There’s always something to do in Dubai every month, from concerts to cultural festivals, markets and global sporting events. Check out what’s happening this month, and for more about what’s on in Dubai.

Arabian traditions are still present in modern life, making Dubai a truly unique and culturally rich place to discover. From the souks of Old Town to the modern areas of Dubai Marina and Downtown, there are plenty of places to learn about our emirate’s story.